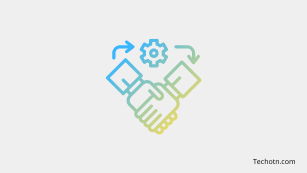 Despite the 2022 conflict with Russia, outsourcing in Ukraine is still going strong. The country has proven resilient and hard-working Ukrainians have proven that where there’s a will, there’s a way. They’ve kept working despite recent challenges.

In this article, we’ll look at why IT outsourcing to Ukraine makes so much sense, in 2022 and beyond.

Outsourcing is a business practice in which services or functions are delegated to a third party. In IT, outsourcing a project to a tech provider can cover a range of functions, like QA testing, software development or disaster recovery, and tech support.

Companies either outsource IT onshore (within the borders of their own country), nearshore (to a neighboring country or time zone), or offshore, to a more distant country. Nearshoring and offshoring are the most popular options because it’s generally cheaper.

Software outsourcing to Ukraine is popular because of the cost savings, but there are several other reasons why it’s been so popular.

Read: How To Build a Financial App – The Beginner’s Guide

What are the most popular IT outsourcing services in Ukraine?

The IT industry in Ukraine has grown more than 50 times, from 0.06% to 3.3% of the GDP. By 2025, the volume of IT exports will exceed $8 billion. Ukraine is the largest exporter of IT services in Europe.

Read: The 5 Best Monitor For Programming

Why is outsourcing in Ukraine so popular?

Development outsourcing in Ukraine is so popular that some people refer to it as “the country that codes”. Here are some interesting stats about Ukraine:

Ukraine isn’t the only outsourcing destination in the world, but it is one of the most popular, for a number of reasons. Ukraine is a good cultural fit with both the EU and US. They share similar values, similar education, similar business philosophies, and a belief in responsibility, quality, and transparency. Most Ukrainian developers are taught to speak English fluently as part of their education and can communicate really well through spoken or written English.

Time zones often overlap with European work hours, and with US customers there are several overlapping hours every day where teams can collaborate with one another. Ukrainians may do some tasks during the US night, while US teams pick it up again in the morning, effectively doubling up the number of times teams are working on their projects.

Ukraine itself is also a powerful IT industry hub. The country has invested heavily in higher education, producing thousands of new IT tech specialists every year, with multiple specialist courses and training centers at its disposal. Software developers and engineers can improve their skills and upskill at any time.

Read Flutter Developer – All Important Things You Need To Know

There are also dozens of IT outsourcing companies ready to serve customers, with thousands of developers on their books, and more than a hundred R&D centers focusing on gaming, software development, consumer electronics, home appliances, and more.

Infrastructure is reliable, even during the recent conflict, and outsourcing agencies are still up and running and meeting their deadlines without interruption.

Ukrainian developers are more than capable of delivering a range of special services, from Big Data analytics, IoT programming, cloud monitoring, and more.

Ukraine has done everything in its power to become a recognized and reliable IT outsourcing hub – even during the 2022 conflict. Outsourcing in Ukraine is a popular and dependable as it’s ever been. If you are looking for experienced, talented developers to assist you with your next project, why not outsource to Ukraine? You can save money and gain access to expertise in a flash.

Tech-Enthusiast and Founder/Author of Techotn.com and also a passionate Pinterest Marketer at Sajalmanjhi.com. Follow my quotes twitter.com/ManjhiSajal

Techotn is reader-supported. When you purchase through links on our site, we may earn a small commission, Know more.