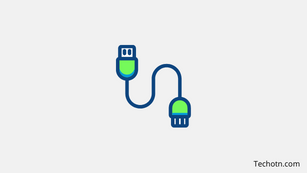 The internet has become more of a necessity than a want in this time and age. It is the demand of this fast-paced society where almost everything requires high-speed internet. From shopping to working, from learning a new skill to teaching the said skill, from watching a movie or filming one’s own video for a YouTube channel, everything revolves around the connection of the internet. It would not be a stretch to say that we absolutely cannot imagine our lives without this technology.

Since it has become one of the prime necessities of our lives, one of the hot topics of debate in our society is fiber vs cable internet where both are equally essential for each user depending on which one works the best for who. Cable internet used to rule over the broadband industry. But with the passage of time and the advancement in technology, fiber internet started to gain popularity.

In this article, we are going to walk through the differences between both connections and talk about which one you should choose.

Fiber optic internet is one of the latest types of connection that uses fiber optic cables for the transmission of data. It uses LED (Light-emitting diode) or laser pulses to denote ones and zeroes, which are the basic units of data. These signals are then received by a device on the subscriber’s end and interpreted as data.

It is another type of broadband connection that is widely used in the United States. You can get a plan for this connection type even from cable TV providers as they offer a bundle plan for their subscribers that comprises a TV subscription along with the internet. Cable TV providers also use the same technology of coaxial cables for the internet that they use for television.

Difference Between Fiber and Cable Internet

To put in a few words, the price difference between both services are:

#On the other hand, cable internet is easier on the wallet than fiber optic.

Well, when it comes to speed, both connections are capable of reaching 1,000 Mbps. However, when it comes to being exposed to bad weather conditions or network congestion, cable internet is more vulnerable and susceptible to getting slowed down.

Now, let’s move forward and talk about each factor that varies between the two.

When it comes down to speed, fiber internet is clearly the winner. It delivers the kind of speed that is unmatchable. Primarily due to the fact that it maintains symmetry, which means you get equal download and upload speed.

Fiber connection delivers the fastest level of the internet but cable internet is not behind. With cable, you can get 1200 Mbps. The only difference is that fiber internet can handle more bandwidth in a more efficient way.

The plan you get varies depending on the provider you choose. You can end up getting an amazing speed with cable internet if only you do your research in this regard properly and go for the one that delivers what they promise their subscribers.

We have to admit, cable internet is way more widely available than fiber mainly since fiber optic internet connection is relatively a newer technology and that limits its availability to major states and cities of the US.

The availability of services of both connections is found primarily in metro cities. However, cable internet is more accessible to consumers than fiber connection.

In past, it was believed that fiber internet was way more expensive than cable internet. But that has recently been changed. The prices of internet plans of fiber connections have come down significantly. This means that now both services are more or less offered at the same pricing level, with still fiber optic being a bit costlier.

If you opt for a bundle deal of cable internet with TV and home phone, chances are that you can land yourself a plan that is way more cost-effective than you can imagine. On the other hand, fiber internet can turn out to be more expensive due to the internet plan usage, providers, and overall charges of installation.

Arguably, both services can be highly reliable, depending on the provider. However, cable internet is more vulnerable to getting damaged as it can be affected easily by plenty of things such as weather conditions or electricity.

On the contrary, the reliability of fiber internet is way higher since the fiber cables are made of glass and they are protected completely from any kind of damage that can be done such as weather or power outages.

If your home is equipped with coaxial cable, then you can install cable internet yourself. However, fiber internet requires professional help in order to install it since most places do not have the required equipment already set which is used for said connection.

You can also get a modem and router for both services to take complete advantage of their performance. However, when it comes to fiber, it is highly recommended that you get a router with it since it helps in maintaining symmetric speeds.

Both fiber and cable internet have their pros and cons. When it comes down to which one should you choose, then you might want to evaluate your own needs and requirements alongside the availability of these connections in your area. We hope that by now you have chosen the one that fits best to your needs.

Techotn is reader-supported. When you purchase through links on our site, we may earn a small commission, Know more.